MARINE IS INVITED FOR AN EVENT, BUT HE DOESN’T KNOW THERE’S A DOG WAITING FOR HIM

The yellow Labrador was a brilliant prodigy and she never missed detecting a single explosive. Throughout his tenure, Ross was amazed as Casey saved his life over and over.

So when his deployment ended, he vowed to adopt the faithful dog right after she was retired.

About 2 years later, Ross learned that Casey’s term as a military dog was over. However, she had simultaneously been recruited by the Iowa State Fire Marshal’s Office as their explosive detection dog.

Ross was devastated as he desperately wanted the hardworking 4-year-old girl to live a relaxed and pampered life after her valuable service to the country.

Ross reached out to State Fire Marshal Director Ray Reynolds and explained the deep bond he shared with Casey. While Ray was moved by his story, he needed Casey’s detection skills in his department.

However, the kind officer failed to get Ross’ pleas out of his mind, and he eventually did something extraordinary to help the veteran! 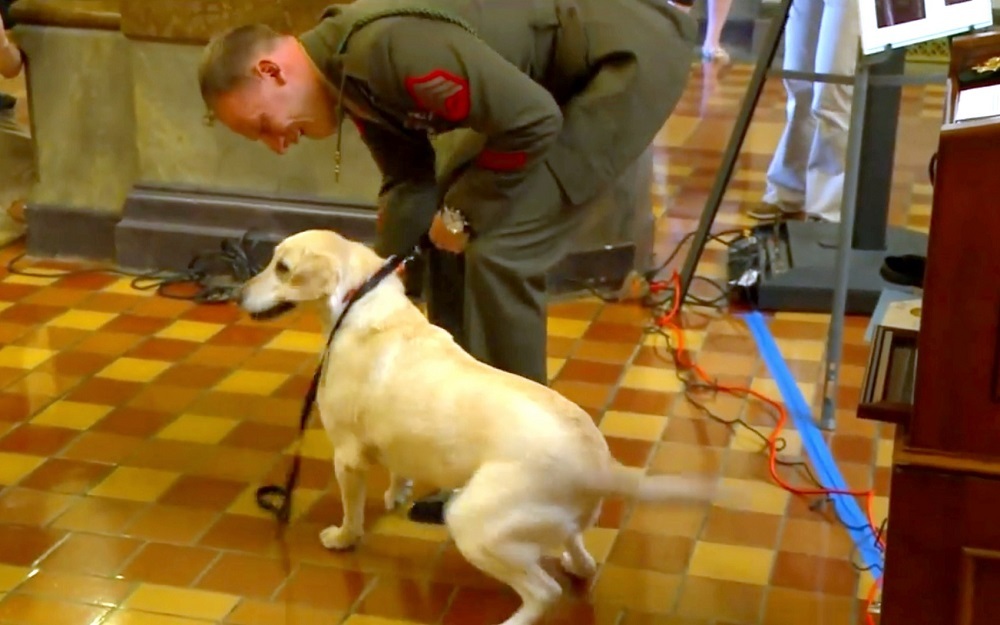 For Casey to be adopted by Ross, Ray needed to replace her with a K9 with similar training – which was quite expensive.

When Iowa Elk’s Association heard about this situation, they immediately donated $8,500 and helped the department get a new explosive detection K9! Casey was now free to go to her dad!

For Casey’s official retirement and adoption ceremony, Ray invited Ross, but with a little twist!

He told the veteran he needed to come for a “testimony” so that he had no idea about the happy surprise waiting for him.

The video below captures Ross and Casey’s emotionally charged reunion, and it’s a magical thing to witness!

Click the video below to watch Ross and Casey’s overwhelming surprise reunion in a glittering ceremony. 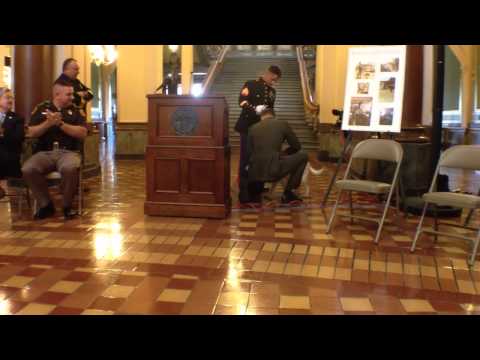